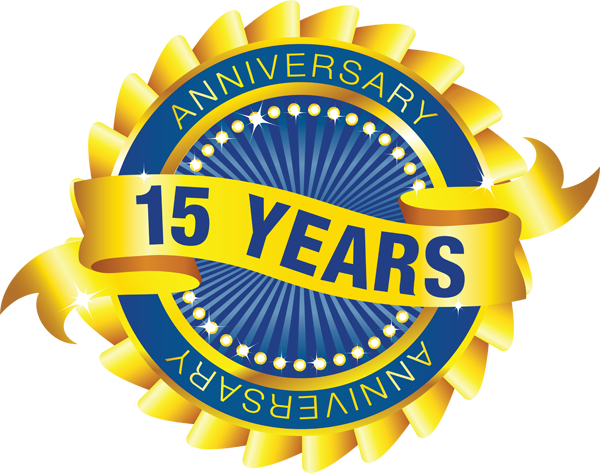 
• Design and produce for you everything that is printed, laminated, engraved, sculpted, vinyl, etc. Advertising and Promotional Material

• Design and produce your business cards, pamphlets, books, window displays, posters, signs, plaques and directional signage for inside and outside your premises. 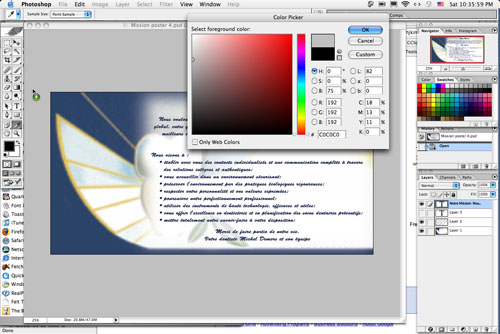 Graphic design is used whenever visual clarity and creativity are applied to the presentation of text and imagery. Contemporary design practice has been extended to the modern computer, for example in the use of WYSIWYG user interfaces, often referred to as interactive design, or multimedia design.

Anywhere there is a need to communicate visually, there is potential enhancement of communications through graphic design. Below are a few examples.

From road signs to technical schematics, from interoffice memorandums to reference manuals, graphic design enhances transfer of knowledge. Readability is enhanced by improving the visual presentation of text. Intricate and clever pictures are used when words cannot suffice.

Graphic designs have a unique ability to sell a product or idea through effective visual communications. It is applied to products as well as elements of company identity like logos, colors, and text, together defined as branding. See advertising. Branding has increasingly become important in the range of services offered by many graphic designers, alongside corporate identity and the terms are often used interchangeably.

Graphics are used in textbooks for subjects such as geography, science, and math to illustrate theories and diagrams. A common example of graphics in use to educate is diagrams of human anatomy. Graphic design is also applied to layout and formatting of educational material to make the information more accessible and more readily understandable.

From decoration, to scenery, to visual story telling, graphic design is applied to entertainment. From cover to cover in novels and comic books, from opening credits to closing credits in film, from programs to props on stage, graphic design helps set the theme and the intended mood.

From scientific journals to news reporting, the presentation of opinion and facts is often improved with graphics and thoughtful compositions of visual information - known as information design. Newspapers, magazines, blogs, television and film documentaries may use graphic design to inform and entertain. With the advent of the web, information designers with experience in interactive tools such as Adobe Flash are increasingly being used to illustrate the background to news stories. 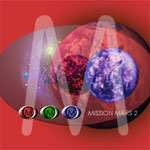 The primary tool for graphic design is the creative mind. Critical, observational, quantitative and analytic thinking are required for designing page layout and rendering. If the executor is merely following a sketch, script or instructions (as may be supplied by an art director) they are not usually considered the author. The eye and the hand are often augmented with the use of external traditional or digital image editing tools. The selection of the appropriate one to the communication problem at hand is also a key skill in graphic design work, and a defining factor of the rendering style.

In the mid 1980s, the arrival of desktop publishing and the introduction of graphic art software applications introduced a generation of designers to computer image manipulation and image creation that had previously been laborious. Computer graphic design enabled designers to instantly see the effects of layout or typographic changes without using any ink in the process, and to simulate the effects of traditional media without requiring a lot of space. Traditional tools such as pencils or markers are often used to develop graphic design ideas, even when computers are used for finalization.

Computers are generally considered to be an indispensable tool used in the graphic design industry. Computers and software applications are generally seen, by creative professionals, as more effective production tools than traditional methods. However, some designers continue to use manual and traditional tools for production, such as Milton Glaser.

There is some debate whether computers enhance the creative process of graphic design.[3] Rapid production from the computer allows many designers to explore multiple ideas quickly with more detail than what could be achieved by traditional hand-rendering or paste-up on paper, moving the designer through the creative process more quickly.[4] However, being faced with limitless choices does not help isolate the best design solution and can lead to designers endlessly iterating without a clear design outcome.

New ideas can come by way of experimenting with tools and methods, be they traditional or digital. Some designers explore ideas using pencil and paper to avoid creating within the limits of whatever computer fonts, clipart, stock photos, or rendering filters (e.g. Kai's Power Tools) are available on any particular configuration. Others use many different mark-making tools and resources from computers to sticks and mud as a means of inspiring creativity. One of the key features of graphic design is that it makes a tool out of appropriate image selection in order to convey meaning.[5] Some graphic design ideas are created entirely in the mind, before approaching any external media.

A graphic designer may also use sketches to explore multiple or complex ideas quickly[6] without the potential distractions of technical difficulties from software malfunctions or software learning. Hand rendered comps are often used to get approval of a graphic design idea before investing time to produce finished visuals on a computer or in paste-up if rejected. The same thumbnail sketches or rough drafts on paper may be used to rapidly refine and produce the idea on the computer in a hybrid process. This hybrid process is especially useful in logo design[7] where a software learning curve may detract from a creative thought process. The traditional-design/computer-production hybrid process may be used for freeing ones creativity in page layout or image development as well. Traditional graphic designers may employ computer-savvy production artists to produce their ideas from sketches, without needing to learn the computer skills themselves. However, this practice is less utilized since the advent of desktop publishing and its integration with most graphic design courses.

Digital art commonly refers to art created on a computer in digital form. Digital art can be purely computer-generated, such as fractals,and algorithmic art or taken from another source, such as a scanned photograph, or an image drawn using vector graphics software using a mouse or graphics tablet. Though technically the term may be applied to art done using other media or processes and merely scanned in, it is usually reserved for art that has been non-trivially modified by a computing process (such as a computer program, microcontroller or any electronic system capable of interpreting an input to create an output); digitized text data and raw audio and video recordings are not usually considered digital art in themselves, but can be part of a larger project. In an expanded sense, "digital art" is a term applied to contemporary art that uses the methods of mass production or media.

Combining photography, digital alteration and scanography, Jason Beam melds a variety of techniques that cannot be achieved in traditional darkroom settings and creates a piece that lies somewhere between a photo manipulation and digital illustration.

The availability and popularity of photograph manipulation software has spawned a vast and creative library of highly modified images, many bearing little or no hint of the original image. Using electronic versions of brushes, filters and enlargers, these "Neographers" produce images unattainable through conventional photographic tools. In addition, digital artists may manipulate scanned drawings, paintings, collages or lithographs, as well as using any of the above-mentioned techniques in combination. Artists also use many other sources of information and programs to create their work.

3D graphics are created via the process of designing complex imagery from geometric shapes, polygons or NURBS curves to create realistic 3 dimensional shapes, objects and scenes for use in various media such as film, television, print, rapid prototyping and the special visual effects. There are many software programs for doing this.

The technology can enable collaboration, lending itself to sharing and augumenting by a creative effort similar to the open source movement, and the creative commons in which users can collaborate in a project to create unique pieces of art.

The mainstream media uses a lot of digital art in advertisements, and computers are used extensively in film to produce special effects. Desktop publishing has had a huge impact on the publishing world, although that is more related to graphic design.

Nonetheless, digital art is yet to gain the acceptance and regard reserved for "serious" artforms such as sculpture, painting and drawing, perhaps due to the erroneous impression of many that "the computer does it for you" and the suggestion that the image created could be infinitely repeatable.

Computers are also commonly used to make music, especially electronic music, since they present a powerful way to arrange and create sound samples. It is possible that general acceptance of the value of digital art will progress in much the same way as the increased acceptance of electronically produced music over the last three decades.

Some say we are now in a postdigital era, where digital technologies are no longer a novelty in the art world, and "the medium is the message"(Marshall McLuhan). Digital tools have now become an integral part of the process of making art. As silicon-dry digital media converges with wet biological systems, Roy Ascott has pointed to the emergence of a "moistmedia" substrate for 21st century art.[1]

Digital Photography and digital printing is now an acceptable medium of creation and presentation by major museums and galleries, and the work of digital artists is gaining ground, through robotic installation, net art and software art. But the work of digital painters and printmakers is beginning to find acceptance as the output capabilities advance and quality increases. Internationally many museums are now beginning to collect digital art such as the San Jose Museum of Art and the Victoria and Albert Museum print department also has a reasonable but small collection of digital art.

One reason why the established art community finds it difficult to accept digital art is the erroneous perception of digital prints being endlessly reproducible. Many artists though are erasing the relevant image file after the first print, thus making it a unique artwork. Another reason is longevity; with today's digital printing technology though, fading of colours will not occur for 60 to 100 years(www.wilhelm-research.com).

More affordable computers, software and websites provide several advantages for thrifty artists. Compared to the price of oils, an easel and canvases, a PC and the occasional trip to the copy shop can be an attractive alternative.

There are two main paradigms in computer generated imagery. The simplest is 2D computer graphics which reflect how you might draw using a pencil and a piece of paper. In this case, however, the image is on the computer screen and the instrument you draw with might be a tablet stylus or a mouse. What is generated on your screen might appear to be drawn with a pencil, pen or paintbrush.

A possible third paradigm is to generate art in 2D or 3D entirely through the execution of algorithms coded into computer programs and could be considered the native art form of the computer. That is, it cannot be produced without the computer. Fractal art or algorithmic art is an example.

Artwork created through a camera which may then be manipulated.

Artwork created in similar fashion to non-digital paintings; software-based brushes, pallet knives, canvases, and paints are manipulated by the painter on a computer platform.

Artwork that relates to computer games or video games.

* Demoscene (a subculture that concentrates on making digital art)

Aside from visual digital art, there are also other forms of digital art.